Skip to content
Digitization of everything
I’m anxious, very anxious

Recursive Urbanism is an algorithm written on and for the street in an age of algorithms. It is a triage code, a guardrail to keep the auto-pilot digitization of everything at bay. It is a guardrail to blunt the thrill of tribalism. It proposes a street mirror, a mirror to see ourselves “sloshing about and around” in a big data cloud. This glass uses recursion and performativity to cultivate storytellers and audiences. And we need both, tellers of tales and spectators, to push back against those predictive machines whose goal is to create a perfect model of who you are, what you want, and what you are going to do. Recursive Urbanism has performative roots in the non-physical public space. It is both embodied and eventful in the street. It is part of a strategy for an awareness based on recursion (virtual, real cycle jumps — with a displacement brought by or through wit and tricksters). If lucky this self-reflective mirror might generate what UNESCO calls a Media Information Literacy (MIL) sensibility.

Script: dystopic kid ode
I’m anxious, very anxious. I know man’s natural state is to be overwhelmed with anxiety. His heart all day long gnawed on by fear of death, poverty, or other calamity. That he has no repose, nor pause of his anxiety, but in sleep. And I’m not sleeping well these days. It’s worse for me than it was for Thomas Hobbes. That English philosopher only had to deal with the vicious cycle and maniacal fury of perpetual war, Kids Play. But what about the vicious cycle and maniacal fury of the perpetual digitization of everything? Day after day I have to attend to the absence of hermeneutical structures, the failure of interpretive systems, the complete lack of any probing cartographic tools. You know what this is doing to my tomorrows, solitary, poor, nasty, brutish and short.

Article: Thickening The Word And The Return Of The Trickster
In the face of an information era tsunami, we need a media baroque architecture to prop up a critical stance. We need richly designed haptic environments, multi sensorium backdrops to bridge the gap between information and communication. We need platforms to give voice to visual artists as poets and poets as visual artists.

Email: Extract
Subject: Media Box -Father Ong Date: Friday, April 02, 2004 10:32:00 AM
During the last few years, I’ve been interested in exploring connections between information networks and urban spaces. Father Walter Ong’s writings and particularly his writings on “world as event” and “world as view” were influential in the development of my earlier St. Louis projects, particularly the MediaARTS Media Lab. While terms such as “world as event” and “world as view” might not be easy to explain in a few sentences, I’ve found the ideas behind them, and much of Ong’s writings on communication, clear and helpful in thinking about how to design and program public spaces that promote a reflective citizenry. 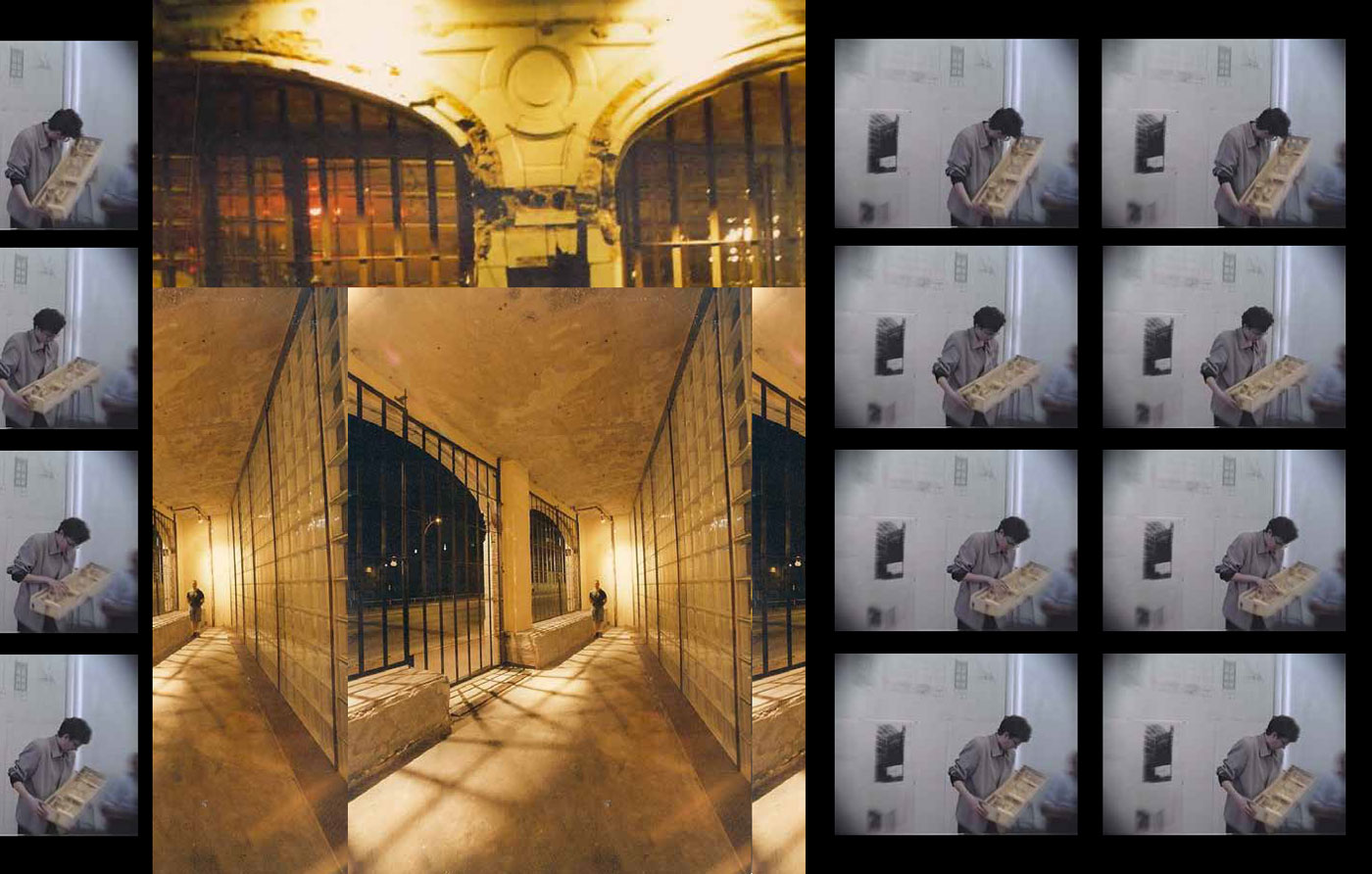