Skip to content
Marshall McLuhan’s role in the intellectual formation of St. Louis and beyond…
McLuhan did not arrive in 1937 beggared. He brought a script with him, storyboard of sorts.

A St. Louis History -The Short: The last hundred years in St. Louis might be summed up like this: who came and left, who left something that fell down, who launched something that’s everywhere. Marshall McLuhan came. He left a rough map into a net-wandering world. The next one to show was Minoru Yamasaki. The architect built something big, but his Pruitt-Igoe didn’t stand long. It came down thirty years before Yamasaki’s Twin Towers were felled. And then there was Monsanto here all the time. St. Louis is where Monsanto flung a mongrel seed into a global village.

A Canadian author published: You Know Nothing of My Work. It was a centennial biography of Marshall McLuhan. In his book Douglas Coupland says McLuhan formed a posse in St. Louis.

In classical Latin, posse was a verb meaning “be able.” It was derived from the phrase potis esse (esse for “be” and potis for “able” or “powerful”). In medieval Latin, a “posse came to be used as a noun meaning ‘power, force.

The posse included “the first members of Marshall’s personal proto-Warhol Factory, whose ideas helped to codify and articulate the genesis of Media Theory that would explode in 1962.” Father Ong was in the posse.

“If the human community is to retain meaningful possession of the knowledge it is accumulating, breakthroughs to syntheses of new order are absolutely essential.” Father Walter Ong’s review of Marshall McLuhan’s “The Gutenberg Galaxy”

Marshall McLuhan’s role in the intellectual formation of St. Louis was the cover page of a 5000-page folio of filed-stamped pleadings. While “a fan boy agenda” might appear to what was behind eight years of Bleak House litigation, fan boy was a ploy. The intent was to insert a Recursive Urbanism brief on street. This all might be better understood with this McLuhan quip on technology and idiots, “… the “content” of a medium is like the juicy piece of meat carried by the burglar to distract the watchdog of the mind.” One small bit from the folio of filed-stamped pleadings follows:

1422CC08992 GUZZARDO V GRAND CENTER, INC. ET AL, Petition ¶ 25. In that first meeting, the Plaintiff discussed how his protocol and creative practice extended the work of communication scholars Marshall McLuhan and Fr. Walter Ong. Marshall McLuhan and Fr. Ong were faculty members at Saint Louis University, which is a part of the GRAND CENTER TIF District. McLuhan, who has been called the “Oracle of the Electronic Age” and the “Patron Saint of Wired Magazine”, taught at the school from 1937 until 1944. The Plaintiff explained there was a growing recognition that much of McLuhan’s foundational media scholarship is rooted in St. Louis, and that GRAND CENTER’s recognition and celebration of McLuhan and Ong could anchor the development as a new media destination. 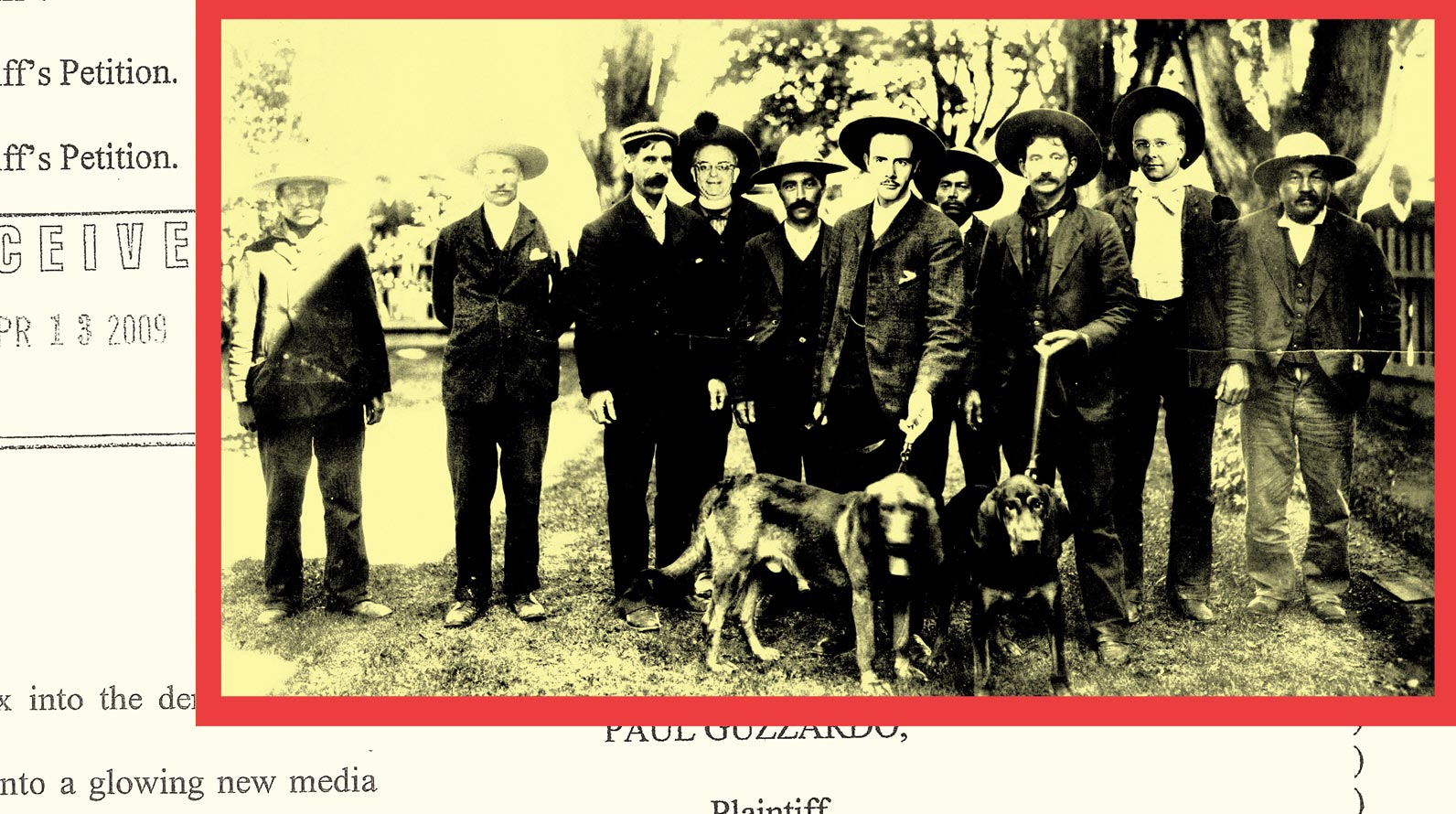